Maybe you already know the worldwide famous game “Super Mario Galaxy”.
Honestly speaking, I did not know the game until July last year. I first knew the name of the game when I received an inquiry about music of the game from Mr. Freddy Golden (F. Golden) about one year ago.
F. Golden is my zither friend and my teacher since 1996. He is a famous
zither teacher and big leader of the zither in Europe.
He got an information about the game from his ten-year old grandson saying
that there is a good music which would be good for zither playing. He listened to the music and intstitutionally recognized that the music would be very nice for zither playing.
He copied down the melody from the game, then played the music with his zither.
He thought that this would be very good for zither by his feeling. At the same
time, he knew this game was produced by Nintendo, Japan. He also considered posibility to spread this nice music for zither players widely with his arrangement.
However, he should clear the copy right problem with the copy righter. Then
he contacted me to solve this matter in August last year.
Soon, I received music notes and his CD of the music for Super Mario Galaxy from him.
I asked my ten-year old grandson, whether he knew the game or not, he
answered me that he has got the game and is playing it.
After my reserch, I found that Mr. K. Kondo is the composer of the music.
Mr. Kondo is the staff of Nintendo and his position is the chief of music
section of the company. I contacted Mr. Kondo by phone and I recognized that
he is a very gentle and kind man. He said that he was happy to know that we took much interests in his composed music.
He also expressed that he would be happy to listen to Mr. F.Golden’s CD.
During this one year time since then, we have discussed about copyright on the music and came to an agreement between Nintendo and Mr. F. Golden. Then an agreement has been signed recently. My name also appeares on the agreement as the intermediator.
Under this agreement, Nintendo will grant the use and playing right of original music to F. Golden, then Nintendo will supervise F.Golden’s arrangement. The music notes and CD are not to be used for commercial purpose, but to be allowed to present to the zither players of limited numbers.
Of-course, they will allowed for use during zither seminars. 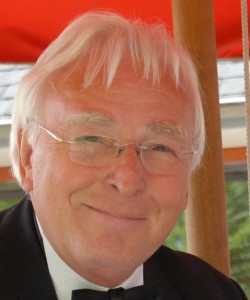 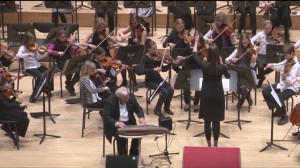