I attended a birthday party of Mr. Kurt Hartwig in Munich. Mr. Hartwig is the owner of music shop and zither workshop in Munich. I played my zither in  the party. 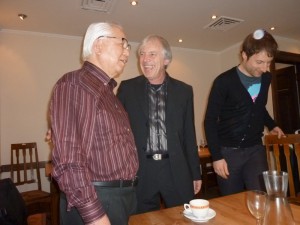 On the same day, I visited a town of Kufstein, Austria. I travelled by a train from Munich to Kufstein. When I arrived at Kufstein Station, it was lightly raining, and I did not find many sightseeing people. I rushed to my hotel named Alpenrose by taxi. The hotel is not so big but looked very nice.

The lady of reception was so beautiful and very kind. I asked her where I could
get a place to find people who sing the Kufsteiner Lied. Then she
recommended me one restaurant with a comment that she was not in a
position to guarantee about Kufsteiner Lied. I went to the restaurant, but I
was disappointed because I could not see any people singing Kufsteiner Lied
because there were no sightseeing peole due to the reality that the timing
was off-season now. Anyway, I enjoyed drinking glasses of beer in the restaurant.
It’s quite OK for me. 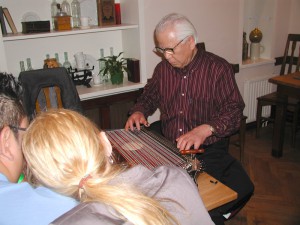 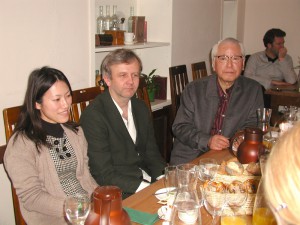