Mr. Tomy Temerson had an accident and a big trouble on his shoulder. But now he has already recovered (S.U).

The zither concert at Basel, Swizerland on the beginning of Septembfer 2014 had successfully performed. Our ANZ’s president Mitsuko Eto and advisor Kako Ishihara had joined to the concert for playing their zithers. The audiences were very much excited on the playing of zither trio by Tomy, Mitsuko and Kako. 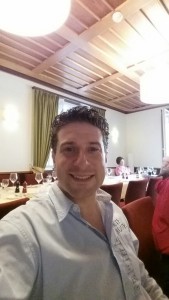 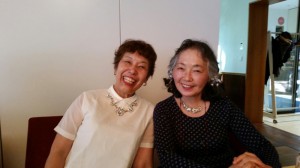 Following is the contents of Tomy’s email which we received recently.

Dear Mr Uchikoshi, dear Mitsuko, dear Kako,I am very sorry to be so quiet the last 3 month. At the end of September I had an accident, I fell down the scaffold during renovating my house. (My right shoulder joint was desplaced and broken) Now I am totaly recovered and I am very happy to be able to play zither again.I want to thank you for all the pictures and sheet music you have sent to me by email and post service.
Our gathering in September was a big success, people are still talking about the best zither trio they have ever heard.
I was listening many times to the recording of what we have played and I think we did a great job.Kind regards